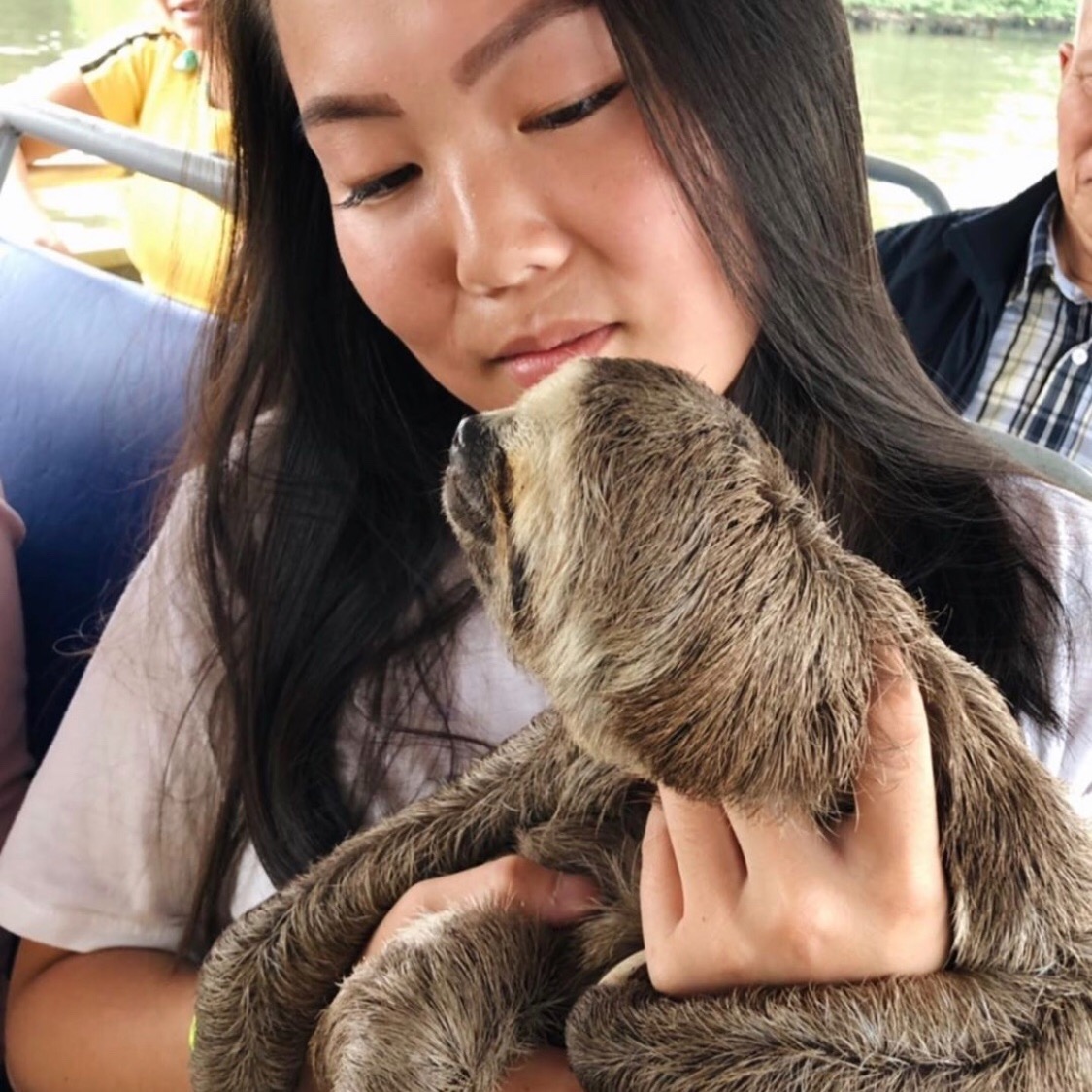 child of the Channel Islands and San Gabriel Mountains 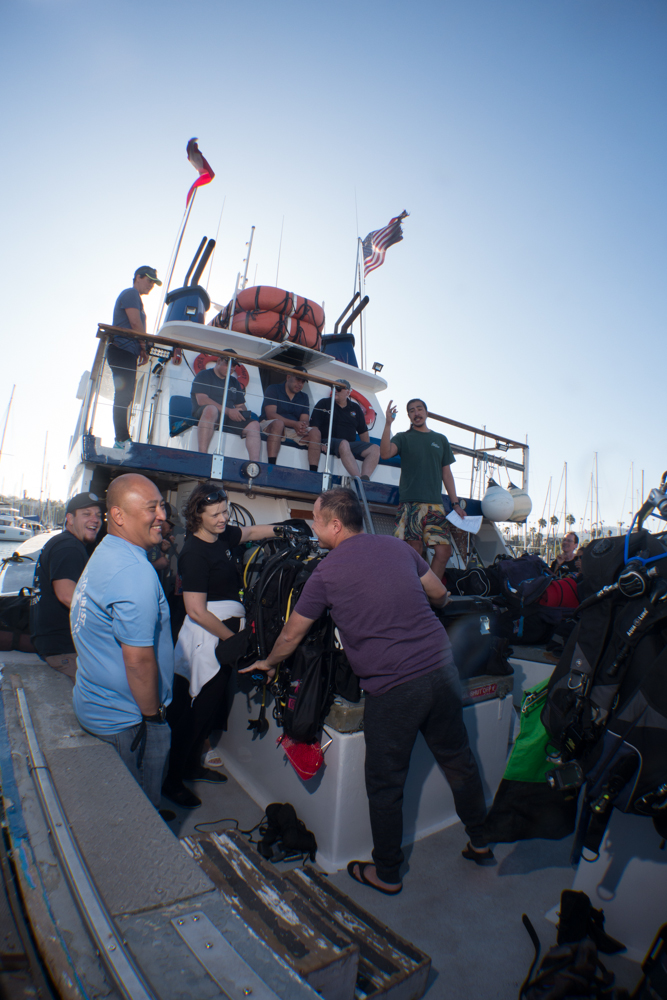 Every so often, Ocean Safari hosts night diving trips- single-night excursions solely for those who love the thrill of the underwater world after the sun has gone down. This night happened to land on a full moon, and the 26 divers aboard the Bottom Scratcher were fortunate enough to dive under it at Catalina Island.

With lobster season opening just a few weeks prior, the main objective of this trip was to try to catch and hunt our local bugs- California Spiny Lobster. It's usually easier to find and catch lobsters during the night considering they're nocturnal creatures that usually hide in crevices and rocks during the day. Although it might be tempting to bring back the more easily caught undersized lobsters, it's crucial to leave them be so that they can grow bigger and help maintain healthy seabed communities (not to mention that a hefty fine awaits anyone who brings back an undersized bug).

Our first dive took place right after sunset at Black Rock, a site located at the western end of Catalina's frontside. Although it was dark and nearly impossible to tell, the rocks poking out of the water around here are all black, hence the name "Black Rock". This site was pretty shallow, with most of the diving taking place between 15-30ft of water; The deeper reef below was rocky and created many crevices and holes for the lobsters to hide inside of, but the ground slowly transitioned to more of an open space with smooth rocks and pebbles as we got shallower. This shallow area was active with round stingrays, hermit crabs, and other nocturnal bottom-cruising creatures. The sandy bottom nearby was a feeding ground for dozens of baby calicos- a type of juvenile fish that we rarely see during the daytime.

Next on the agenda: Parson's Landing. Next to Black Rock, this site was also located at the western end of Catalina's frontside. Bountiful amounts of palm kelp and seagrass sheltered the crevices and rocks here which made lobster hunting a little more challenging, but much more fun. Often, blacksmiths would be hiding in these crevices, waiting for the sun to rise again so that they could congregate back into schools. Although visibility would be 80ft here during the daytime, our true visibility only went as far as our flashlights would shine. But that wasn't a problem; The light from our dive lights really exposed the beautiful colors that decorated Catalina's reefs- from yellow gorgonian corals to red southern kelp crabs, diving here was the furthest thing from dull.

Our last dive of the night took place at Arrow Landing, a site east of Parson's. The lush kelp growth here provided a reliable food base for all the surrounding life, creating a large community with healthy diversity. Large abalones were flourishing and black sea hares were out and about wandering the reef. We encountered larger, fully-grown fish that had avoided us at the two sites before. As we started to ascend towards the end of the dive, thousands of bioluminescent pyrosomes (free-floating colonial tunicates) surrounded us, like nature's confetti falling from the sky. Against the black backdrop of the dark water with soft rays of moonlight shining through the ocean surface, nothing was more captivating in that moment.

After all the divers returned back to the boat at a little past 2:00, it was time for the boat ride back to San Pedro Harbor. The excited talk between all the divers proved that although night diving is slightly colder and less comfortable than daytime diving, the unique experience and lasting memories are worth every shiver.

Please Note: This is a printout of the Ocean Safari Scuba | Community | Phoebe Leung | Lobster Night Trip Report - 10/12/19 page from 08/11/2020. Some information may have been updated in the mean time. Please visit PAGE URL to view the latest up-to-date information or call us at 626-287-6283 if you have any questions.