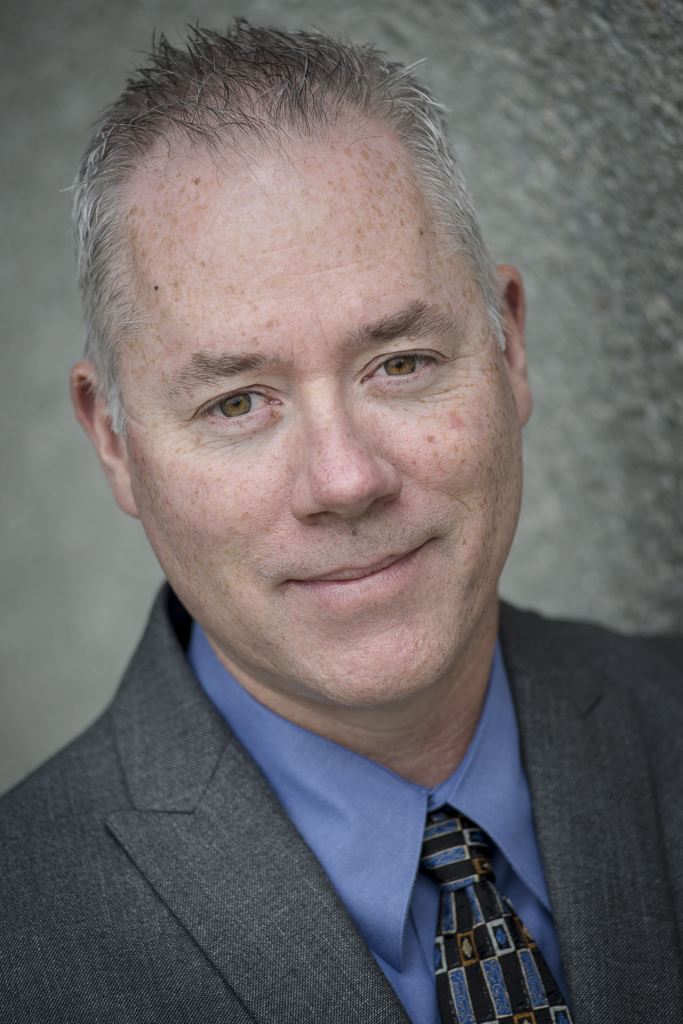 I’ve been diving for the majority of my life. It’s a skill that I was provided the opportunity to learn and a passion that I inherited from my father…well, that and his name…Mike Brock.

I grew up listening to dive stories from around the world. My childhood was spent surrounded by incoming and outgoing boxes of fins, masks, snorkels, regulators, and all things diving. My dad worked for Scubapro where his first job with them was setting up a sales territory in the Midwest. When he was later made National Sales Manager, he and my family packed up and moved to Southern California, where some years later at the age of 13, I became a certified NASDS diver. That was 1981, and ever since my world has consisted of above water and below water.

Honestly…I prefer below water. Yep, I’ve got it that bad! For the first 20 years as a certified diver, for the most part, I largely and happily dove in North America and predominately the California Channel Islands. While stationed in San Diego as a member of the United States Navy, I earned various dive certifications including Divemaster. It was also during this time and through my relationship with the legendary Diving Locker crew that I developed an interest in photographing the beauties, oddities, and mysterious wonders I discovered below the surface.

In the following years as my photography interest developed into a passion, I found inspiration in various opportunities to explore the underwater world with much-admired and respected dive luminaries. A standout experience was working as a divemaster on Southern California blue shark and mako shark cage diving trips with the late Jon Hardy. Other highlights include working in small ways with underwater filmmakers.

I started my own portfolio with my first published photo in 1989 of a Red Irish Lord and now years later…having been introduced to diving by my late father, indelibly inspired by dive industry legends, and continually fueled by shared dive experiences with new and longtime friends…I find myself traveling around the world to experience and photograph the truly singular, uniquely diverse, and often remotely hidden underwater neighborhoods that are home to some of the most weirdly and aesthetically beautiful, majestically miniscule and undisputedly gargantuan creatures imaginable.

In this pursuit, that some (maybe a few family members and friends!), think is extreme, I have dove and photographed Great Hammerhead Sharks, Caribbean Reef Sharks, and dolphins in the Bahamas; traveled to the Revillagigedo Islands in search of giant oceanic mantas; found Humpback Whales in Mo’orea French Polynesia, searched out myriad creatures in muck diving sites such as Lembeh, Indonesia and Anilao, Philippines; happily descended into eerily supernatural blackwater environments in search of otherworldly pelagic magic; and had the adrenaline inducing experience of sharing my dive cage with a 14-foot Great White Shark who pushed its way into one end of the cage and graciously exited on the other while going about its business in the waters off of Guadalupe Island, Mexico. In spite of the rolled eyes and raised eyebrows of some people who follow my dive travels, I keep planning for and working to fund my next dive trip!

It’s my running joke that my passion has led me to work solely to subject myself and to entrust my dive equipment and cameras to the ‘hazards’ of getting there. Working only, but gladly, so that I can make numerous runs with too much gear through too many airports, to travel on multiple planes through multiple time zones is just the beginning. Once there, it is then reliving for the umpteenth time the nothing-you-can-do-to-change-it experience of being at the mercy of unpredictable weather and the capricious schedule of creatures that oddly and who sometimes rudely (considering how much I admire, love, and invest in visiting them) don’t sync their calendars with my much saved for and well planned out itinerary. All this is done to experience that one singular moment and to capture that one perfect photo that I obsess over and long to add to my portfolio. While others (arguably, smartly) travel to their vacation preference and then dive, I choose my destination based on the photograph I am seeking. It might be an upside down way of doing things that only my fellow divers can perhaps appreciate, but it’s a way that has taken me to some pretty amazing underwater places to photograph some pretty amazing creatures!

This is the very sort of dive trip I dream about and then spend my waking hours working, planning, and saving to make happen (read my bio to understand my ‘insanity’ in this regard!). The Revillagigedo Islands - pronounced rev E ah he HAY dose - are commonly called the Socorro Islands by many English speakers. Getting there is a thing. The islands are 1000 miles Southwest of San Diego, 250-400 miles by boat from Cabo San Lucas, and are a destination for photographers in search of the ocean’s ‘BIG ANIMALS’. Once there, you quickly understand why in 2016, the islands were inscribed as a UNESCO World Heritage Site and are a marine reserve and National Park of Mexico.

The Revillagigedo Islands are quite simply - sublime. To visit is to wish you were a fish. Or a whale shark. This by the way was one of the Big Animals I was looking for - and I was not to be disappointed.

I encountered the whale shark when diving on the south side of Roca Partida. The island is distinguished by two peaks and is roughly the size of a football field. It’s about 300 feet long, 26 feet wide with the highest peak measuring in at 112 feet. If you are running like mad from one end zone to the next on a football field with someone at your heels, it might seem big and if not…good for you! Truly! But a football field sized island in the middle of the open water feels remote and not so big a place that it would command the attention of a stunningly diversified array of some of the most mysterious and biggest denizens of the deep. But it does.

Roca Partida is wall diving and the pinnacle goes straight down to 200+ feet. The Rock is known for its strong currents and big waves that create washing machine like conditions and as such is the more advanced diving of all the Socorro Islands. It’s the intense currents and remote location in the middle of the ocean that attracts and draws in big pelagic fish. Yellowfin Tuna, Wahoo, as well as dolphins, many species of sharks, including schooling Scalloped Hammerheads, and Giant Oceanic Manta Rays all visit and are often seen at The Rock.  And if one’s timing is good, fortunate, or down right lucky…the chance encounter with humpback whales or a whale shark is entirely possible.

On the second day of diving off the liveaboard Nautilus Under Sea I had that kind of luck.

From the previous day’s dive we knew there was a juvenile Whale Shark in the area. Our first day of diving at The Rock provided a stunning array of creatures and near perfect visibility, but those conditions were countered by especially strong currents making it very difficult to operate our cameras. On the second day at Roca Partida the water conditions were much improved. My dive buddy Roeland Papen and I had the divemaster drop us off on the south side of The Rock. This put us right in the middle of the western and eastern tips of the island and provided the calmest water. It was also the location of the famed ‘balconies’ where the numerous whitetip reef sharks slept during the day.

I started the dive by taking pictures of the Whitetip Reef Sharks. However, it was not long before I decided to turn my attention to the open blue water. I turned my back to the rock’s activity and got patient, hoping for something big to swim by. It’s not always my day under the sea, but that day it was. I didn’t have to wait long, before there it was…a faint shadow coming around the southwest tip. There’s nothing quite like the experience of being a creature, who requires a bottle of air and an accoutrement of other near equally vital gear in order to survive for a short time in an environment not made for its kind, to be thrilled when something enormously gigantic is heading your way. I love it. It’s also the kind of thing that is best shared with a friend. You might get the photo, but the thrill of it is cooler with another person. Plus they keep your stories in line. Or not!

So I tried to get Roeland’s attention, but I ended up spooking the shark. And if there’s a converse experience equal to the thrill of having an enormously huge creature swim out of the depths toward you, it’s the utter disappointment of that same creature making a U-turn. You raise the salinity content of your environment…it’s that sad. SO…with my little bottle of air, I determined to wait some more and continued to patiently stare into the blue, hoping the Whale Shark would reappear and come around for another look. It did. But this time it decided to give me a wider berth. Observable, but not close enough for the photo I wanted.

No way did I want to miss this shot. I had a decision to make. I knew that if it was at all possible, I did not want to miss this opportunity. I made an assessment of the currents and determined that I could safely get the shot if I swam away from The Rock and into the open water. If you aren’t a diver, but saw Finding Nemo…you know the concern of swimming away from the reef or in my case, The Rock! But having made an assessment of the conditions…that’s exactly what I did. I left the shelter of The Rock and swam fast enough to get a good position in hopes that the shark would come to me, while simultaneously positioning myself to avoid getting caught in the strong current. If that happened, I would need to deploy my surface marker buoy (SMB), and I was really hoping I would not have to do that.

As I said, it was my day under the sea. In the space of a few moments everything came together. I got the shot I was hoping for.

I hope you enjoy it. Whale Sharks are phenomenally impressive creatures. Maybe you’ll see one someday, swimming out of the depths and in your direction ready for its close-up. It’s the kind of thing I hope for and dream of, and if you share that dream, I hope it happens to you. In September 2020, I’ll be searching for more Big Animal encounters. I’m heading to Malpelo Island in the eastern Pacific Ocean with Ocean Safari to dive in a place where the whale sharks are absolutely massive. MASSIVE! And just so you know…I did not need to use my surface marker buoy. 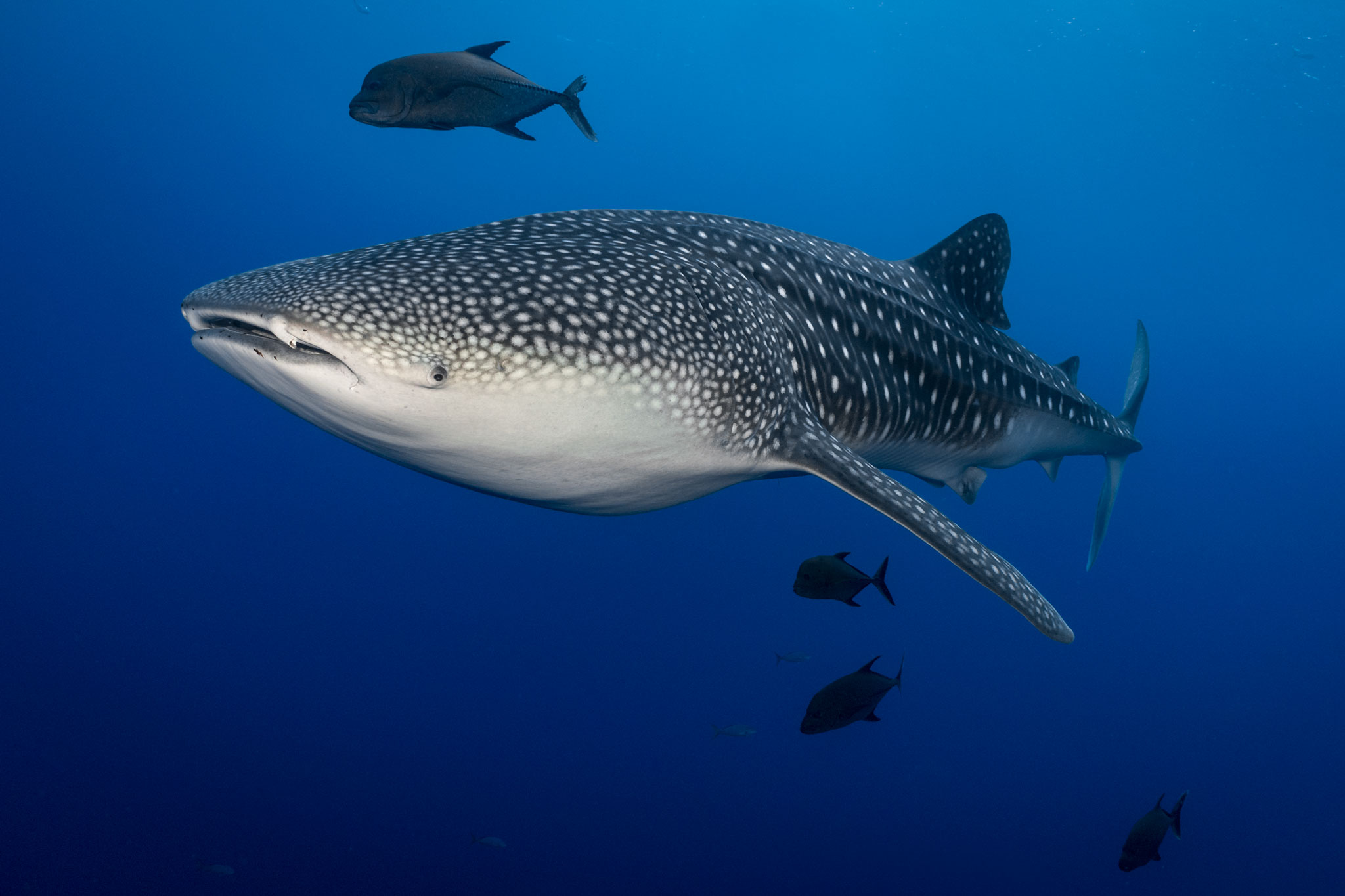 Please Note: This is a printout of the Ocean Safari Scuba | Community | Mike Brock page from 08/12/2022. Some information may have been updated in the mean time. Please visit PAGE URL to view the latest up-to-date information or call us at 626-287-6283 if you have any questions.