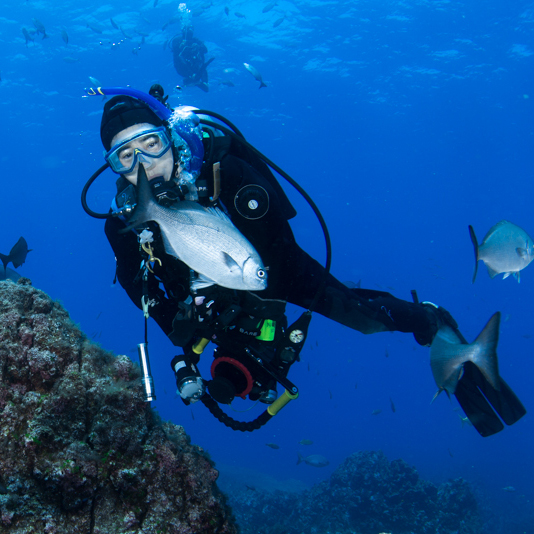 I got certified in summer of 2008. I started taking pictures underwater to help me remember what I saw on my dives so I can write them down in my dive log. Since then, I've upgraded my camera from a small point and shoot camera to a mirrorless camera with interchangeable lens. Some people want to see the big things like sharks and sea turtles. I delight in looking for small creatures underwater, especially nudibranchs. There are so much colors under the sea! 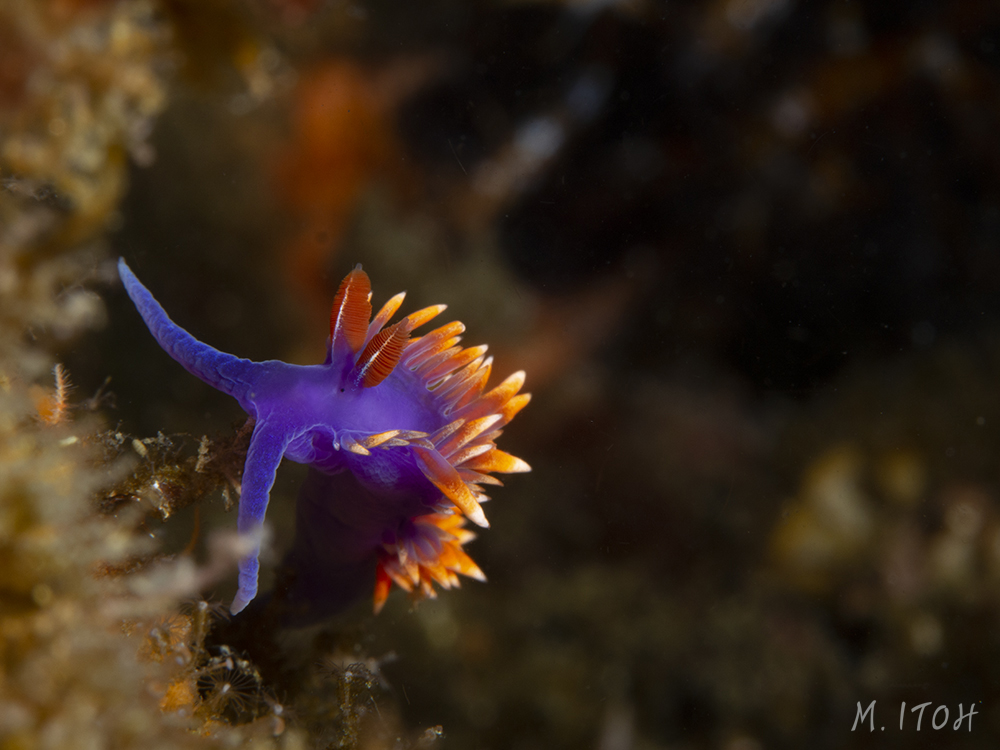 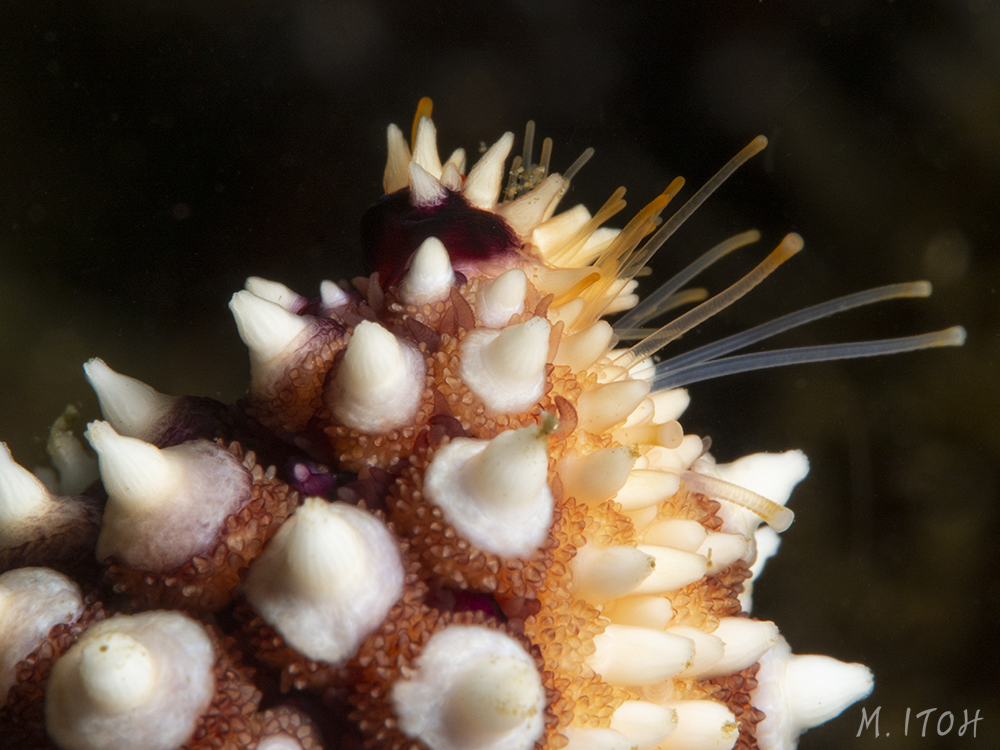 Close-up of the arm tip of a giant spiny star. Happy to see the sea stars making a come back after being decimated by the sea star wasting disease. 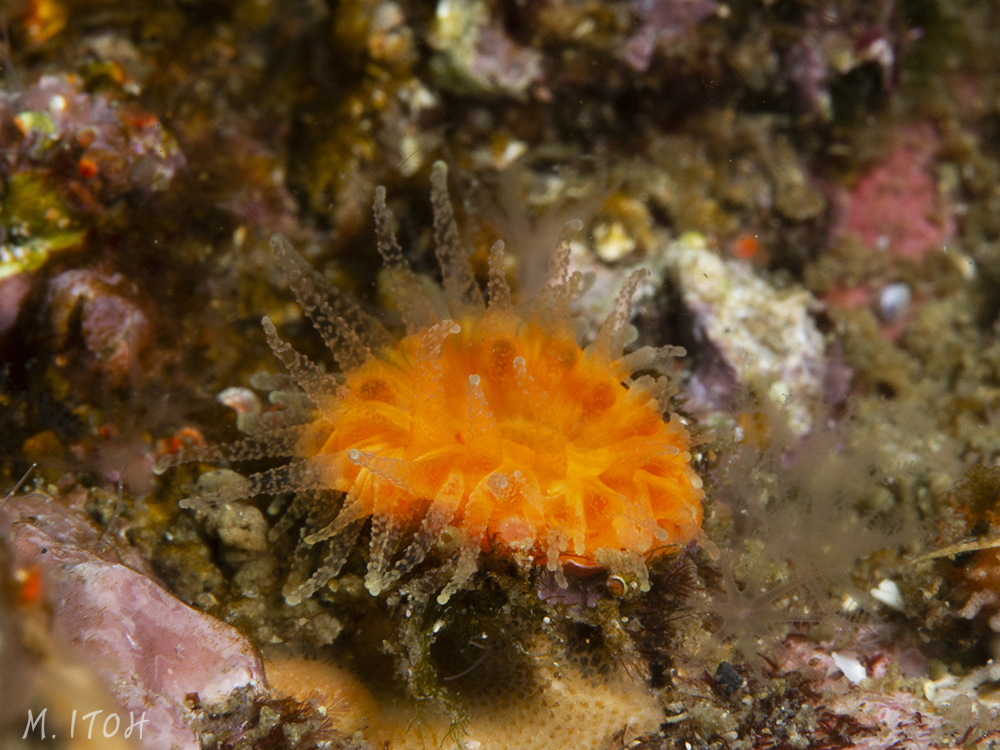 Orange cup coral is the only "true coral" species found in Southern California. Unlike the reef building corals of the tropics, cup corals are solitary. 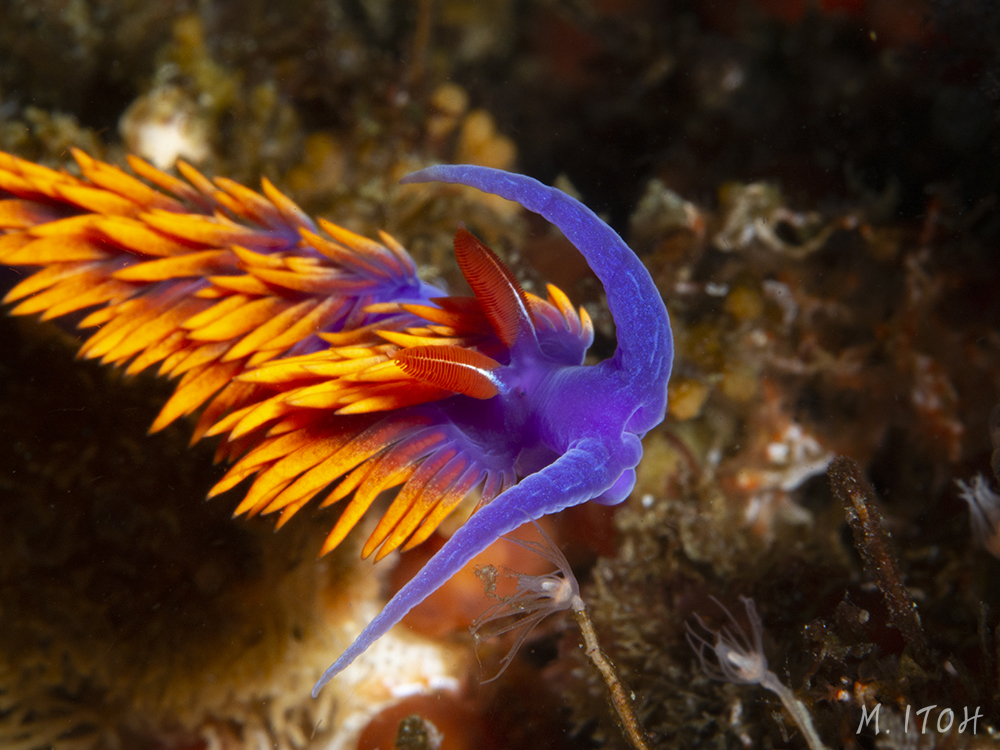 These guys would be so much easier to photograph if they stop insisting on perching themselves precariously on a hydroid or some other projcting tip of a rock. 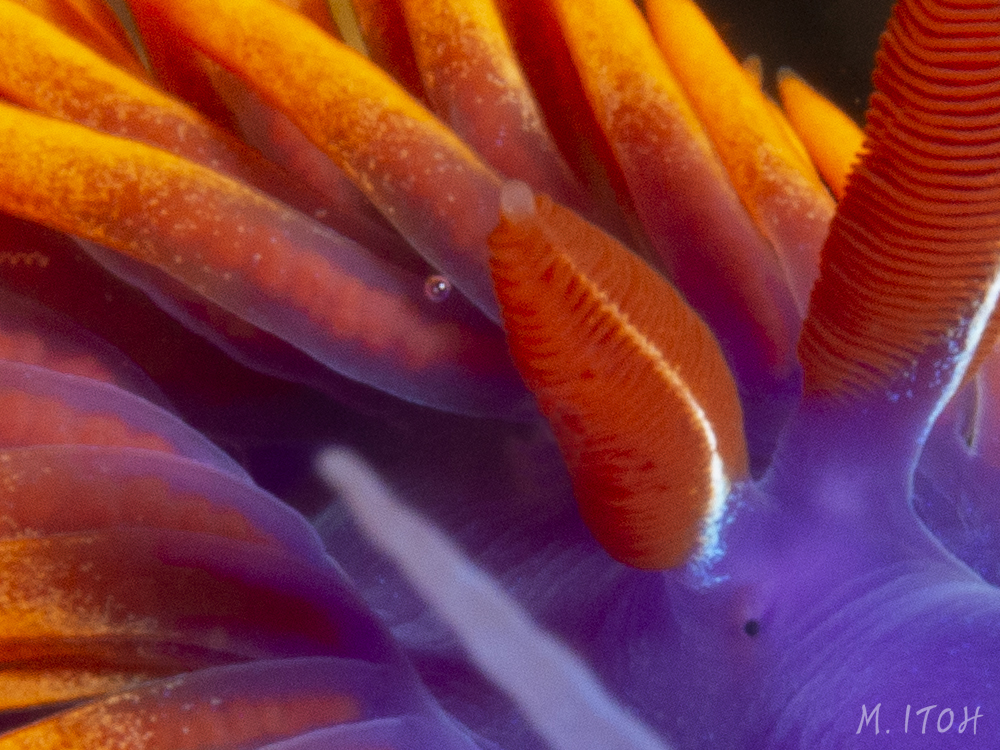 Close up of the Spanish shawl head. Do you see the tiny little eye near the base of the rhinophore? Nudibranchs do have eyes, but their eyes are embedded into the skin and don't "see" things like our eyes. Their eyes are light sensing organ which can detect light and dark, and when a shadow is passing over them.

It was misty when we got to Ventura Harbor and boarded the Peace Dive Boat on Friday night. We were scheduled to depart at 3:30 am and head for the west end of Santa Cruz Island. I was fast asleep by the time the boat left the harbor, and didn’t wake up until we were almost at the island. It was overcast at the island, but that’s actually not a bad thing. When it’s overcast, it will be a calm day without wind.

On this trip, there were basic scuba diver class, advanced scuba diver class, hunters, photographers, divers who simply wanted to enjoy the beauty of the underwater world, and a non-diver who wanted a relaxing day out at sea. Once again, Captain Steven and Chartermaster Thomas selected three dive sites that matched the needs and interests of this diverse group.

The first dive was at Quail Rock, which is located a little east of the famed Painted Cave. We were anchored to the west of the rock, and from there it did not look like a quail or any bird… Apparently it looks like a quail from the other side. The reef was colorful with various sea anemones, nudibranchs, sea stars, sponges, sea cucumbers, scallops, and sea urchins. As we swam around the reef, we were greeted by a variety of fish – tiny blue banded gobies, which are more common in the southern Channel Islands, painted greenlings, ever present garibaldi, calico bass, California sheephead, etc.

We moved eastward to Arch Rock for the second dive. The stern anchor was set in the area with scattered rocks and boulders with sandy areas in between. Off from the starboard-bow area there was a large rock with swim throughs. Nice thing about rocky reef with sandy areas in between is that you see a wider variety of marine life. The rocky reef has the usual suspects: sea anemones, sea stars, sponges, sea cucumbers, and sea urchins. On the sandy areas, there were some sea pansies , a spiny sand star, and a navanax. Sea pansy is not a plant, but an animal in the same phylum as the sea anemones and jellyfish. Navanax is a carnivorous sea slug with appetite for nudibranchs and sea anemones. You see them both on sandy bottoms and rocky reef, moving fast in search of food.

For the last dive of the day, we traveled a little more eastward to Diablo Canyon. We were getting ready to go diving when someone spotted bald eagles on the island. As we watched, two bald eagles flew closer to the cove we were at, and we saw one of them swoop down to the water. It looked like the eagle caught a fish. After this little excitement we finished getting ready and jumped into the water. Here again, we saw many Spanish shawl nudibranchs and white sea cucumbers scattered all over the reef. Aside from the bright purple of the Spanish shawl, green sea anemones and brightly colored red gorgonian sea fans and little spots of orange cup corals added colors to the rocky reef.

After the dives it was time to eat lunch and compare notes with each other on what we saw underwater. When it was time for dessert, there was a surprise for me and another diver, Darlene. Our birthdays were a few days before this dive trip, and we were presented with a decedent chocolate cake topped with chocolate ganache and vanilla ice cream!

Please Note: This is a printout of the Ocean Safari Scuba | Community | Megumi Itoh | 6/1 West Santa Cruz Island Trip Report page from 05/19/2022. Some information may have been updated in the mean time. Please visit PAGE URL to view the latest up-to-date information or call us at 626-287-6283 if you have any questions.