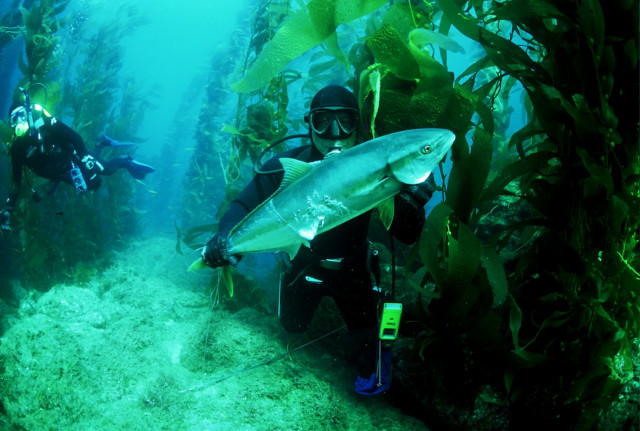 My passion for diving has only increased since my first SCUBA dive in the summer of 1960. 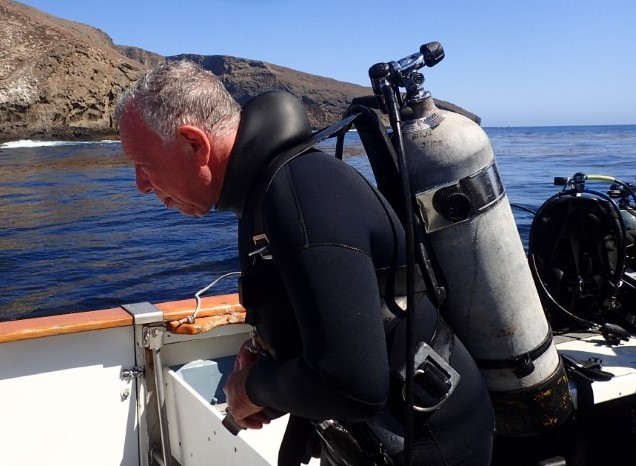 Was in the shop talking to Gabe because I was going on the Cabo Pulmo trip, and he asked about other places I've dived. He was probably thinking about what other trips he could sell me! LOL! Later during the trip home, some memories kept me company during the drive. I wrote them down and sent them to Gabe. He wanted me to post them, so if you don't like'em, talk to Gabe!

I basically stopped diving the tropics years ago because I always got bored after 3 days diving in the tropics on liveaboards. There just wasn’t as much marine life in the tropics as there was in SoCal!!

*First ever SCUBA dive…the summer of 1960. I was 14. Was on my father’s cabin cruiser (30’?) on a river in New Jersey with a friend of his, Jim Caldwell. Jim was a dive shop owner, and I’m a guessing, a diver in the Navy Reserve. I guess my father had told Jim I was more comfortable doing laps underwater in our pool than on the surface, and that I used sit on the bottom of the pool to relax. We stood on the boat’s swim step, and Jim strapped a tank to my back with a double hose regulator. He told me to breath naturally, then we stepped into the water. Vis was pretty good. The bottom was sandy with short grasses, and the most memorable site was seeing a bay scallop resting open on the sand…with its many blue eyes showing all around the shell. Years later I read a feature article in Skin Diver Magazine about the divers doing the salvage/recovery of the ZPG-3W, a Navy Anti-Submarine Warfare blimp that had crashed in the Atlantic ocean off the east coast. It was probably based at nearby NAS Lakehurst in New Jersey. And many years later I saw that Jim Caldwell was added to the Historic Diving Society's Advisory Board.

*My check out dive was at Catalina in the summer of 1961 after 12 hours of classroom and pool time. I was 15. My instructor wasn’t on the boat, so the deckhand was gonna do my checkout. We anchored, and I waited and waited to be told when to go. I finally complained a bit, so the deckhand told me to go down the anchor line, and he’d meet me shortly. I went down in very clear water to a sandy bottom and waited…and waited. I finally surfaced, and got back on the boat. The deckhand was finally ready, so we jumped in. I couldn’t get back down because I couldn’t clear my ears, so I snorkeled for the rest of the day. I’d never been in the Pacific ocean and certainly never seen kelp. I still remember the brilliant blue color of the water. The deck hand was Roy Hauser, the original owner of Truth Aquatics, who couldn’t have been more than 2-3 years older than I was. I passed my certification that day. Gee…I guess diving instruction has changed a bit since then!

*My first dive back in California after diving in Fiji in the early 90’s was on the backside of Anacapa. The water very clear. I dropped down into the kelp bed, and while standing on the bottom, looked up at the sun shining down very brightly through the kelp canopy. It was just gorgeous, and I thought the divers on that boat in Fiji had no clue how great SoCal diving was!

*Shark River Inlet, Belmar, New Jersey in the early-mid 90’s. I’d lived there as a kid in the early 50’s, but was invited to go diving by a friend of hers when I visited my sister who lived nearby. This had to be done during slack tide because of the strong currents. Depth was about 25’ and the vis was fantastic. I was totally blown away by the amount and variety of marine life, all made possible by the huge, nutrient rich tidal flow mixing the marine life from the ocean and the river. In addition to all of the invertebrate and fish life, horseshoe crabs were walking around all over the bottom. Google horseshoe crabs if you’ve never seen one. These are prehistoric creatures that used to scare the shit outa me when I was exploring the inland waterway’s beaches as an 8 year old…and now I was diving with them!

*And then there was the time I unknowingly touched an invisible electric torpedo ray during a near zero viz beach dive.

*And the time I very gently pushed away 2 blue sharks when they came to investigate me...and the dead calico bass I had on my fish stringer.

* And the 2 different times I've hand fed Giant Sea Bass with the fish I'd speared.

*And the Talcott Shoals dive when I looked up and saw a Great White Shark swimming by in front of me, only to turn around to see another GWS swimming behind me.

*And that was the second year in a row that I'd seen a GWS swim in front of me.

And you wonder why I love diving?

Please Note: This is a printout of the Ocean Safari Scuba | Community | Mark Perlstein | Memories... page from 02/27/2020. Some information may have been updated in the mean time. Please visit PAGE URL to view the latest up-to-date information or call us at 626-287-6283 if you have any questions.